Twitter has become one of the most prominent social media platforms because it is very diverse.  It allows you to share both pictures and text.  Whether you are advertising a new product or sharing an idea it can all be done from Twitter.  Twitter has a unique theme to it, you can only Tweet 140 characters at a time.

Or that was, you could only Tweet 140 characters until recently.  Now you can Tweet up to 280 characters!

Why did Twitter make this change?  One of the reasons that this change came about was that Twitter noticed Asian languages such as Japanese, Chinese, and Korean were not nearing the character limit.  That is because these languages use one character to represent a whole word.  Only 0.4% of Japanese Tweets hit the character count limit.

This all comes after Twitter beta tested allowing a small population of users to have the enhanced character limit for the month of September.  Of those who tested the program, the percentage of users who went over the character limit went from 4% to 1%.  A good drop.

During the testing period, Twitter found that most users were still remaining under the 140-character limit.  That means that the brevity that Twitter has inspired to create still remains, but people are given the option to be slightly more detailed if they so wish (or need).

An interesting trend also happened with those who had access to this beta program.  Those with access noticed more followers, likes, and retweets during the testing.  It will be interesting to see if more people follow and like other users after the enhanced character limit goes live.

Tweet: Those who had access to the Twitter new character beta program noticed more followers, likes, and retweets during the testing with the 280 characters! read more here: http://bit.ly/2hZHMBG

The new 280-character limit will not be put in place for those who tweet in Japanese, Korean, or Chinese.  This is due to their writing systems allowing for more to be said with fewer characters.

Twitter is still about keeping your message short but now they are enabling users to have a little more length.  While you won’t be able to go on rants, you will still be able to express your feelings and get your message out there.

If you haven’t subscribed to this blog – you can do so here:  subscribe to eJenn solutions.

We’ll be talking about Twitter tactics and ways to integrate your twitter strategy for local exposure!  Have you been using the new 280 character count? Like it or hate it? … would love to hear how you’re using it in the comments below!

Jennifer Stinnett
Jennifer Stinnett is founder of eJenn Solutions, Inc. She shares social media marketing tips and ideas for small businesses. She writes here on the business blog and creates quick tutorials / how to's on the eJenn Solutions YouTube channel. Starting out as a blogger on Jennifer's Review, she's created a social media marketing company that has been in business since 2009. For fun, but not in some time, Jennifer also writes on her personal blog of JenniferStinnett.com
Recommended Posts 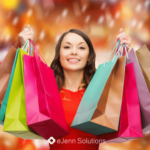